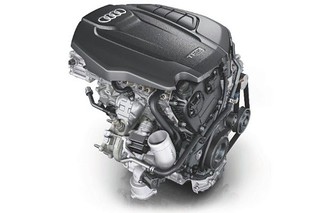 Some of the most frequent questions people ask us about AMSOIL are, what is required in order to convert to AMSOIL, how long do I have to wait before installing AMSOIL in a new engine, and what can I expect to notice once converted to AMSOIL?

Converting a brand new vehicle to AMSOIL synthetic motor oil is fairly straight forward, but there are a few things you need to be aware of.

This will essentially get rid of the wear metals that are introduced into the oil during the initial stages of break in cycle. Following this recommendation, can increase engine life and promote an even component level break-in. Because, 5-15 micron wear causing metal particles cannot be captured by the full flow oil filter. This type of wear causing particles are highest in concentration during the initial stages of break-in process. By flushing out these metal debris, you are essentially giving the engine a good start.

If your vehicle is factory filled with petroleum oil, then it is recommended that you run on petroleum oil for 800-1000 km for a gasoline engine car or light truck and approximately 5000 km on a diesel engine before installing AMSOIL full synthetic motor oil.

This doesn't mean that you can't install AMSOIL sooner, as many OEM's install synthetics as a factory fill, it simply means these are our recommendations based on our extensive engineering studies and knowledge of this topic. Today's modern engine manufacturing and materials technology is much more sophisticated than in years past. Regular gas engine passenger cars and light truck engines do not require the extensive break in process many people think they do. In addition, by the time you get your new vehicle the engine has already been through a series of hot tests also run on in-plant chassis rolls testers to check functionality of all systems and then driven around the plant and railhead in order to get the vehicle to the dealer, which also helps accelerate breaking in of the engine.

The engine break-in issue is the subject of much controversy as everyone seems to have their opinion on when an engine is considered fully broken in. The information we provide is based on the results of engineering studies as well as many years of experience and teardown analysis on test vehicles. The differences between a vehicle that was properly and fully broken in and one that was not can often be hard to detect, yet there are tell-tale signs of this but they are not easily detected except in all but the most extreme situations. 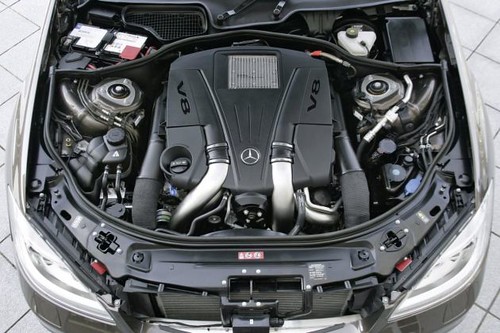 Breaking in an engine is a process of properly wearing-in the pistons / cylinders / rings, bearings, valves, camshaft, lifters, rockers, etc... In addition, part of the breaking in process is not only wearing-in and seating the internal engine components but also stress relieving the components as well.

Crankshafts, connecting rods, pistons, blocks etc. have many stresses due to the casting, forging, machining and welding processes. We have viewed and measured these stresses, called fringes, using what is called lazer holography. These stresses are properly reduced / eliminated by costly and time consuming heat aging as well as shot peening and or high frequency vibration on a very specialized bedplate for an extended period of time.

For production applications this is cost and time prohibitive. Therefore, the next best thing is exposing your engine to multiple heating and cooling cycles under various load and RPM's. The heating and cooling break-in process continues over a long period of time and this process does not need to be run on petroleum oil. 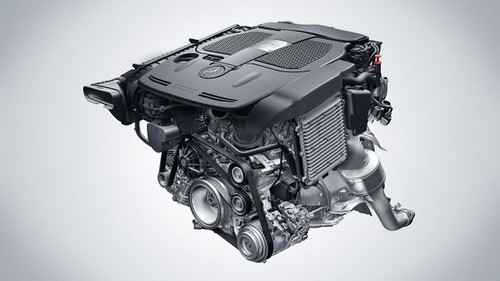 Further heat cycling break-in process will continue during multiple heating and cooling cycles from driving your vehicle under varying RPM and engine load conditions and then shutting it down for long periods of time letting it cool completely (overnight). The multiple heating and cooling cycles are extremely important factor in properly breaking in a new engine and are often an overlooked factor in the total break-in process.

These particulates consist mainly of microscopic particles of aluminum, bronze, copper, lead and iron, plus soot particles and other by-products of combustion in your oil. Your filter cannot filter out all these small particulates as many are sub-micron size and too small for the filter to trap, BUT they are also small enough to fit between your bearing and other internal clearances and cause wear. That is why we recommend to that in order to properly break-in a new engine, regardless of what your new car salesman or dealership personnel tell you, is to perform the first oil and filter change at 800 km. Then you can convert to AMSOIL Synthetic Motor Oil.

On a diesel engine we recommend the initial filter and oil change at 800 km, with another change around 3500 km, then in the 5000 km range you can convert to AMSOIL Synthetic Oil.

In a new engine with less than 20,000 miles it is not necessary to use AMSOIL engine flush. However, in an engine with more than 20,000 miles, that has been running on petroleum oil the entire time, we highly recommend using the AMSOIL engine flush. What the engine flush will do is remove the petroleum oil's sludge & varnish deposits from your engine and properly prepare your engine to take full advantage of AMSOIL synthetic motor oils.

You simply pour in one can for every 5-6 quarts of sump capacity (one can is sufficient for most passenger cars & light trucks, with the exception of diesels), and let the engine idle for about 15 minutes then drain the oil and remove the filter while the oil is still warm. Do not drive the vehicle with the engine flush installed. If you have an extremely dirty or high mileage engine then we recommend installing a new engine oil filter prior to adding the flush so that you have full capacity of the filter available for capturing and holding the dirt particles that the flush removes. AMSOIL's Engine Flush is a detergent based flush with some kerosene and other petroleum distillates that act as the carrier for the flushing and cleaning agents. The detergent used is a 2-butoxyethanol, glycol ether and is essentially a very concentrated form of the detergents used in motor oil.

AMSOIL synthetic oils are naturally cleansing and also high in detergents. What happens when you operate an engine on petroleum oil, the sludge and varnish deposits that occur as a result of using petroleum oil will accumulate around your pistons, rings, seals, valvetrain, etc.. and actually help to seal your engine. This type of petroleum oil deposit "sealing" can lead to problems such as piston ring sticking, sludge deposits in valve covers and oil pans which can lead to decreased oil pump capacity output and restriction of critical oil galley passageways over an extended period of time, plus many more issues which we will not go into detail in this discussion.. These deposits are highly detrimental to the proper function and longevity of your engine.

What occurs when you use AMSOIL Engine Flush is that it cleans all these deposits out from your engine, both the highly accumulated deposits as well as the sub-micron deposits which have accumulated in the microscopic valleys of the aluminum, copper, iron, etc.. engine components. If you do not use the engine flush the AMSOIL Synthetic Motor Oil will do essentially the same thing the flush does but take a much longer period of time. During this time, which is greatly accelerated when using the AMSOIL Engine Flush, the engine is going through a phase where these deposits are being removed, or have been removed. What exists now is that these microscopic valleys in the iron, aluminum, copper, etc.., are now empty. It takes some time for the molecular structure of the AMSOIL Synthetic Motor Oil to fill these microscopic valleys. This can be as short as a few hundred miles or as long as a few thousand miles, depending on the internal condition of your engine. During this phase you may, or may not, notice slightly increased oil consumption BUT only until the uniform molecular structure of the AMSOIL Synthetic Motor Oil can re-seal these microscopic valleys.  Most people do not even notice this phase, but we like to make people aware of it so they understand this process. This is perfectly normal and the oil is doing exactly what it was engineered to do.

You may have heard the myth that synthetic oil can cause engine seals to leak. Synthetics absolutely do not cause seals to leak, they simply may only reveal an existing leak path and seal which has failed and is in need of mechanical replacement. Either the seal lip is worn down or the seal is hardened and cracked from old age, heat and ozone. What happens is exactly as we described above. If you have a very old engine that has been running petroleum oil, and it also leaks, for example around the rear-main oil seal, then chances are it will leak more with synthetic oil. This is commonly referred to a false seal. AMSOIL Synthetic Motor Oils are recommended for use in mechanically sound engines! If you have a vehicle that leaks oil excessively, then repair the seal prior to converting to AMSOIL.

Once you have installed AMSOIL you will notice the following benefits:

You will not get any of these benefits with conventional petroleum oil.

Blog Title: Switching to Synthetic Oil in a New Engine after Break in period
Current Rating: 4.58 out of 5 stars
Votes & Reviews: 13 vote(s) and 3 user reviews.

I have a Chevrolet 383 in.Â³ racing motor only that has 40 minutes of run time. When would switching to fully synthetic oil be OK? Thanks pistol Pete

break in period for a built motor entirely depends on how it is built pertaining to machining tolerances and aftermarket components. It is recommended to draw this information from the engine builder. Replied by Tech Admin

new engine now has roughly 1000 miles and has valve tick.it has 5w-30 semi synthetic oil in it. have heard that putting amsoil or redline motor oil full synthetic will fix this. do you agree?

Re: ticking lifter on new 5.7 hemi

If the valve tick is lubrication related, then switching to AMSOIL may resolve it. Replied by Tech Admin

I have a rebuilt 1970 MOPAR 340 cubic inch engine, it has a mild cam, it has approximately 3300 miles on the rebuild, it was bored with new pistons, rings, bearings, cam, lifters etc. when would you recommend switching to AMSOIL Z-ROD?

Yes, AMSOIL Z-ROD is the correct motor oil for a classic Mopar 340.

Further break-in is not required for a rebuilt motor with 3300 miles. You can now switch over to AMSOIL Z-Rod oil. Replied by Tech Admin